TAKE ONE ANTEATER WHO DISCOVERS CHOCOLATE COVERED ANTS & SEE WHAT HE WILL DO TO KEEP A SUPPLY!!! ALGERNON A CHILDREN'S BOOK BY PATRICIA MORAN 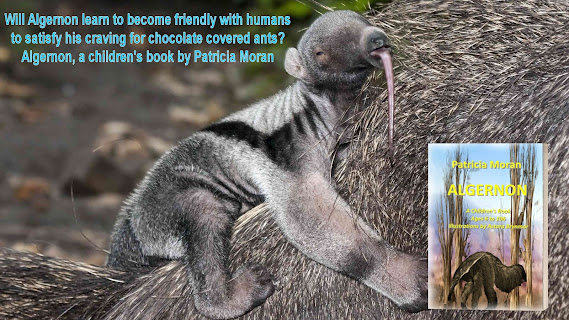 Algernon is an anteater, but he is a very ingenious one...He not only loves ants, but especially chocolate covered ones. So, to find a supply of his new favorite food, he not only learns to read and also to stand up tall, and to consequently join the circus!

This children's book is delightful, with a refreshing commentary describing Algernon's thoughts and his precocious stream-of-consciousness asides...

Meet Algernon the Anteater...you'll love him!

‘A wonderful, imaginative story for younger children that brought out the inner child in me. Algernon is a lovable character that you instantly warm to.’ I highly recommend this book!

Steven Dale author of The Planet Mirth Adventures One

‘I like how the anteater wanted something different in life so he tried his best but then realized you can't have everything the way you want it in life.

Loved the illustration, this book also would make a great cartoon, hopefully one day it will be a cartoon.’

"Algernon is an entertaining read that shows the importance with being happy with who you are and realizing that every decision leads to some action, good or bad." ~ Cyrus Webb, media personality/Top Amazon.com Reviewer

WHEN THE PREDATOR BECOMES THE VICTIM!!!! USA TODAY BESTSELLING AUTHOR INGE-LISE GOSS HAS BOOK 5 IN THE TEGEN SERIES ON PRE-ORDER TEGEN ABDUCTION

Sara Jones, dead-set on wiping out organized crime, continues her quest to destroy an illegal drug plant in Albuquerque. But it’s been mov... 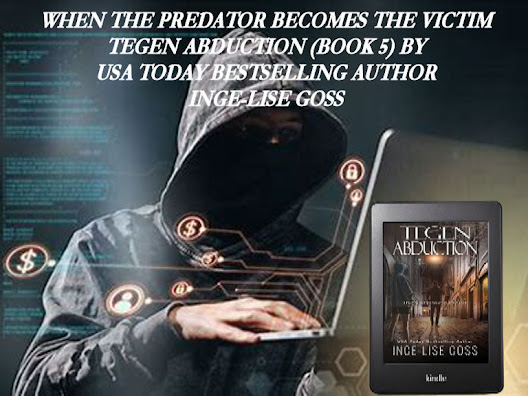