SHADOW’S WAY IS A GRIPPING TALE OF INTRIGUE, TORMENT AND LOVE! BY AWARD-WINNING AUTHOR BARBARA FRANCES 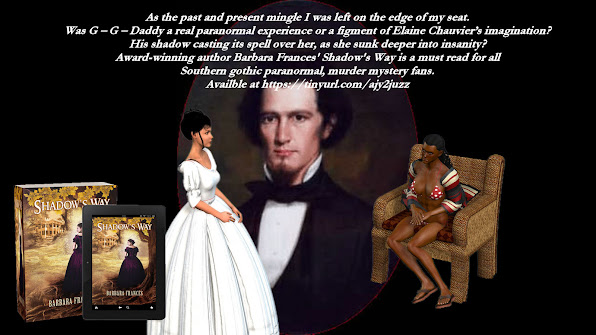 Prepare to be spellbound. Barbara Frances' long-awaited third novel is available NOW! Shadow's Way, takes you to the coastal, deep South, where the past and the present mingle in a gothic tale of insanity, murder, and sexual intrigue.

You'll meet the beautiful Elaine Chauvier, former actress and proprietor of Shadow's Way, her family's antebellum home; the esteemed Archbishop Andre Figurant and his fallen identical twin, Bastien; newly arrived Ophelia and Rudy, here to explore their Chauvier roots and their ties to Shadow's Way; and the mysterious Madame Claudine. Under a veneer of piety and graciousness, i.e., the questions: What is good? What is evil? What is reality?

5 Stars - The suspense was unbelievable

Elaine Chauvier ran a bed and breakfast from her Antebellum home.

Archbishop Andre Figurant had just finished Mass and was seeing his parishioners out.

Bastian Figurant is the identical twin of the Archbishop.

Ofelia was Elaine's half-sister and was the child of her father's second wife.

Rudy was both Ofelia and Elaine's cousin and he was coming to visit.

Elaine thought she had gotten rid of the family but Ofelia was here and Rudy was coming in a week or so. She did not want to share Shadow's Way and she wouldn't.

Lanita worked for the Archbishop for six years as his housekeeper

A mystery set in the south just before a big hurricane comes to land. I enjoyed it and it was complicated with surprises, twists, and turns. It was well writen and moved smoothly. The characters were well developed and interesting. The author did an excellent job keeping all the things together. It was coherent, laid out intelligently and kept your attention till the end. I don't usually read Mystery but this was a good one and I was glad I got the chance. 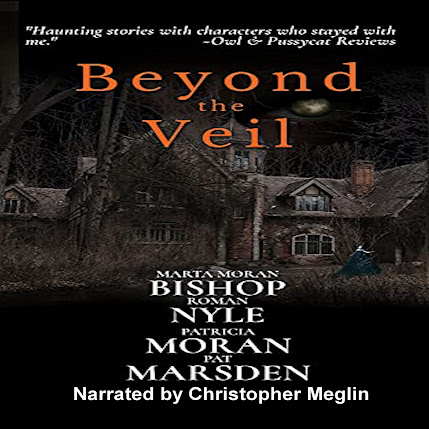