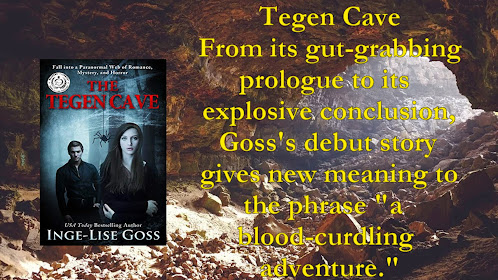 Have You Ever Made A Mistake That Keeps Coming Back To Haunt You? On the run from her ex-boyfriend’s powerful criminal family, Sara Jones hides in Billings, Montana. When she receives a mysterious package containing a hidden spider, people around her start dying from poisonous spider bites and she fears that the family has found her. Is it possible to escape their reach?˃˃˃ From its gut-grabbing prologue to its explosive conclusion, Goss’s debut story gives new meaning to the phrase “a blood-curdling adventure.” Life takes an even more bizarre turn when Sara seems to be not only immune to the spider venom, but also surrounded by a sinister group of people using spiders to incapacitate their prey. Even her new boyfriend starts acting suspiciously. Who can she trust?To make matters worse Sara's twenty-fifth birthday approaches, and her dark heritage begins to emerge. She is forced to make a life-or-death decision. And somehow, she must find a way to deal with the crime family.˃˃˃ An Imaginative Fantasy-Thriller That Will Stimulate Your Senses Goss immerses the reader in a gripping tale in which spiders are trained to kill. To some, the story may seem far-fetched, and cult members eating the flesh of cadavers may seem abhorrent, but Dracula set that table long ago. Tegen Cave is sure to thrill anyone predisposed to the fantasy genre.

Critical Acclaim for the Tegen  Series

"From its gut-grabbing prologue to its explosive conclusion, Goss's spine-tingling debut story gives new meaning to the phrase 'A  blood-curdling adventure'." --Foreword Clarion Review ★★★★★"This novel has romance,action, drama and a lot of thrills for readers who love horror novels. You can actually feel your skin crawl when you read scenes about spiders. I loved Sara; she is relatable and she is strong." -- Rabia Tanveer, Readers' Favorite Reviewer ★★★★★"Unique and full of suspense, The Tegen Cave offers plenty to keep you interested. Inge-Lise Goss has created a new 'race' of individuals with unusual attributes, but maintains the mystery of whether or not they are 'good guys' against the obvious bad drug deals and pornographers." --Melinda Hills, Readers' Favorite Reviewer ★★★★★"Creepy and twisted, yet addicting & Intriguing." --Jenny Bynum Black Words-White Pages ★★★★★"The storyline was like nothing I have ever read before. It was fantastic." --Obsessiveglider ★★★★★"Suspenseful & full of twists and turns, masterfully written." --Amazon Reviewer ★★★★★